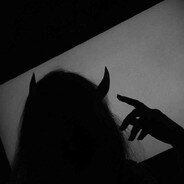 JailBreak Server Rules   Main Rules :  1- Respect everyone, no racism and no disrespect towards any kind of race, religion or country (causes taking serious decisions and punishments, no exceptions). 2- Spamming,Violating, Shouting is not allowed. 3- Using Hacks, Scripts, Aim Supporters, and other kinds of cheats are not allowed. 4- Using bugs, glitches, and exploits to gain self advantage is not allowed. 5- Team Killing is not allowed, such as using vehicles, c